It’s been a lovely spring and made that much nicer by a new arrival in the house. For several years now I’ve been talking about getting a cat, but a bit of an issue how Kiwi would deal with it. My plan was to get a cat at the beginning of a holiday period so that we’d be home to supervise their integration. But the opportunity just never seemed to arrive, until it did.

A bit out of the blue a friend offered us a cat. Molly is a seven year old Bengal, used to living with a dog, but not really getting on with the other cats at home. She’s been with us for three weeks now and while she and Kiwi are not exactly matey matey they are getting used to each other’s presence. 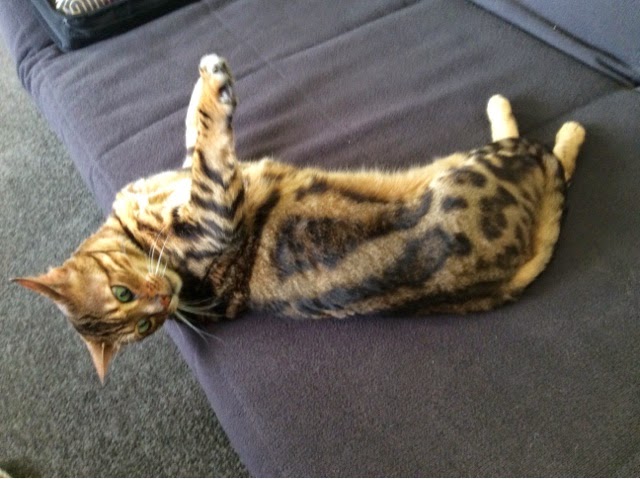 She’s a real character, quite likes water, at least she’s very interested in the bath, sinks and dishwasher! She’s found a few good hiding spots including our wardrobe, and more recently on the beam side of my loom. I have had to place a board there so she isn’t stretching my warps. So long as she doesn’t try to get up there while I am weaving that’s ok. 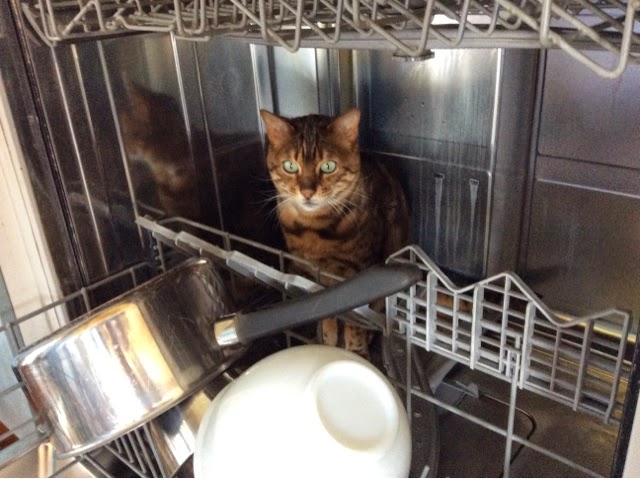