Pushpa vs the great outdoors

Pushpa (Molly) has just returned from her first venture into the outside. After four weeks she and kiwi have settled into a detente, not exactly friends, but accepting of each other’s presence in the house.

Pushpa has decided that the back of my loom is her spot in the living room as it has many advantages: it’s on the opposite side of the room from kiwi’s beanbag, is elevated and when the curtains are pulled has a great view out the bay window. I’ve put the dining room table insert across the warps at the back so that that’s is a solid platform for her and no pressure on the warp itself. 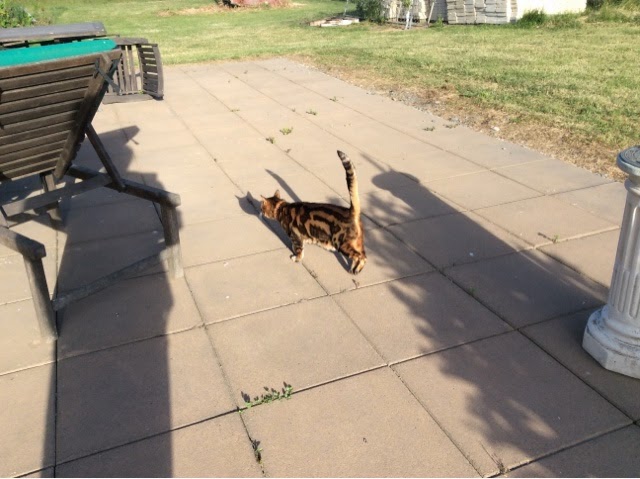 She’s had her last anti-feline aids shot so now she’s allowed outside and has just spent a couple of hours exploring before returning for a late breakfast. Now we just have to get the cat door installed and we’re pretty much sorted.
Kiwi also has just finished her course of shots for arthritis and they seem to have been effective.